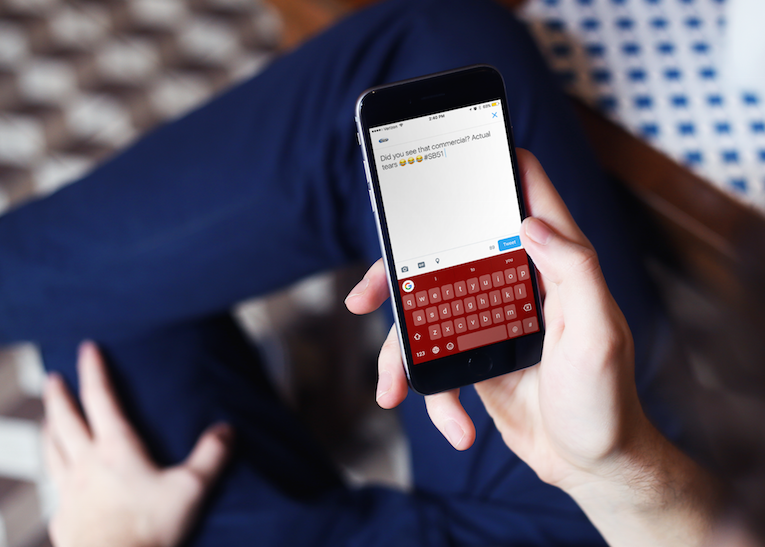 Inside the Huddle: The Big Game on Social

Justifying an expense of $5 million for 30 seconds during the Big Game sure is proof of brand confidence — wouldn’t you agree? Each year, over 100 million people turn their attention to two teams throwing a ball back and forth for an average of four hours. But let’s be real with ourselves here — silence coats almost every room as soon as the commercials turn on because, well, we’re curious to see what exactly $5 million gets you.

For the average viewer, it’s a catchphrase over 34-years old, reminding you of three cute old ladies looking for the beef inside of a burger. For others, it’s surveillance footage of a Coca-Cola delivery man taking a break to drink his company’s direct competitor on national television (…awkward). But in light of memorable TV spots, there are efforts that go beyond the commercial — just ask Nabisco, who grew their Oreo Instagram account by 56,000 followers in a matter of hours during their impromptu campaign in 2013. What began as an effort strictly meant for TV has grown into a phenomena that stretches across almost every social platform — and it goes far beyond that one special Sunday evening.

An online campaign must be one of many things: It has to start off strong and grab the attention of your viewer, captivate and capitalize on their emotions, while also getting the point across. If you’re asking how you can do that yourself, take a look at past commercials. These short bits embody what it means to put every effort behind one campaign, and go all-in.

We look at these commercials as a staple in the digital marketing industry, and analyze what they do after the initial impact. Following Oreo’s commercial in 2013, the game saw 34 unexpected minutes of what was known as a ‘blackout’. While play was suspended, the cookie giant took to the next best platforms, where low and behold, everyone was — Twitter and Instagram. Mindlessly scrolling through their feeds, users were welcomed to a tweet from an account they had just seen on TV, now jumping into the conversation yet again — an interception of the limelight, if you will. In fact, with over 13,000 retweets in the span of a few hours, we’d consider that a touchdown, AND two point conversion.

Power out? No problem. pic.twitter.com/dnQ7pOgC

By morning, the account had generated conversation stretching to the likes of chains like Outback Steakhouse, now weighing in on the “Cookie Vs. Creme” battle. During that blackout, over 200,000 relevant tweets were sent per minute, and each one surrounded the conversation points of the Big Game.

Thanks to our mates @Oreo for the all Oreo creme Bloomin’ Onion! Hmmm does it taste better than the original?

What Can My Business Do During The Game?

The key here is to pay attention to what’s happening, and how you can capitalize on it. It might not be as easy as tweeting about an embarrassing blackout during the most watched event of the year, but opportunities are always out there. If there’s one day to jump into the conversation happening virtually everywhere on the internet, Sunday is that day. The age of digital relevance is upon us, and being in the moment is one of the requirements. Commercial breaks and post-commercial reactions are a great place to start — monitor what’s going on, and what’s trending. Sunday is your day to shine, so grab your guac, favorite folder of GIF reactions, and wait for your opportunity to have your voice heard.

Does your business need help with Social Media Marketing? Ferocious Media can help you tackle the task of staying relevant on every social outlet.